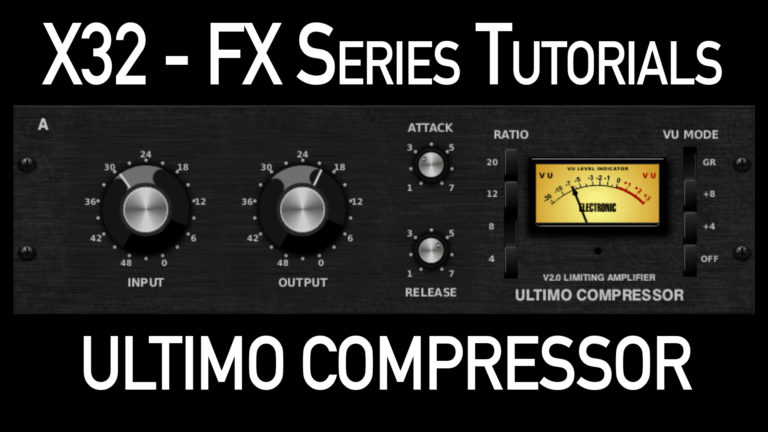 The unity gain point of the input gain is sitting at -33dB on the Input Gain. This is the point where the Ultimo Compressor will start to compress a -15dBFS signal (unity on the X32, aka 2 orange LED’s on the meter). As you add input gain from this point, you will start to compress a -15dBFS signal. With a 4:1 Ratio, you can add up to +9dB from the input of the compressor to the output of the compressor by putting the Input Gain to +0.

The good thing is that each time you add or subtract a dB of Out Gain, you will add or subtract an equal dB in the signal. SO this means that 1dB Out Gain = 1dB of real signal! If you took the Out Gain from -21dB to -19dB, you would be adding +2dB to the post-compression signal.

I love measuring the turning point of all of the effects of the X32, it really gives a baseline to start from! The unity gain setting where no compression would take place at a -15dBFS signal is:

If the signal of your channel increased past -15dBFS, then it would go into compression as the Input Gain not only sets the gain, but also the threshold setting. 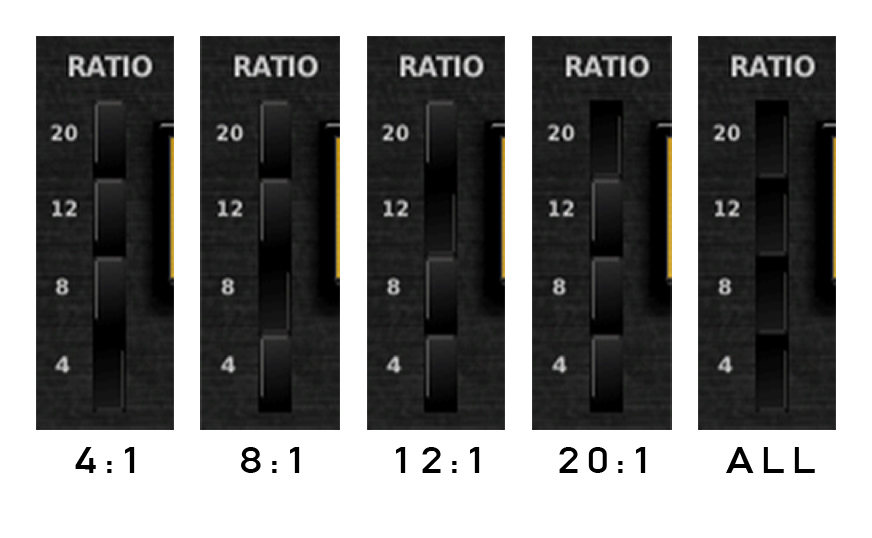 Another famous setting of the 1176 is its ‘ALL’ button mode. The original 1176’s would allow for multiple ratio buttons to be pressed at the same time to give some interesting compression ratios, the most commonly used multi-button mode was to press all of them in. This would generally yield a 12:1-20:1 compression ratio which is in most regards a limiting ratio. The ‘All’ button mode mostly gave a very specific sound which really smashes drums and can cause a very awesome sound in your mix. Using this on the drums subgroup is a perfect purpose for this!

Just FYI, using ALL button mode will add +1dB of signal through the effect.

The 1176 is notoriously known for its character for adding distortion and grit to a signal while also adding compression to the signal as well. The Ultimo Compressor also can add a similar colouration to your signals, using this type of effect is really perfect for bass guitar! To get the grit into your signal, setting the Attack and Release to the fastest setting of 7.0 will be the easiest way to get the sound in your bass guitar!

What is happening here is that the attack and release is happening so quickly that there is an audible effect to the signal that sounds like distortion.

What do I use the Ultimo Compressor on?

I would start with these settings as a good baseline: