AT4021 vs. AT3031 – Small Diaphragm Condenser Microphones

Today, I want to talk about Small Diaphram Condenser microphones, also called pencil condensers. This type of microphone has a lot of uses in both live sound reinforcement and inside the studio. My favorite things to use these microphones on is acoustic instruments like the guitar, mandolin, drum set for overheads, bottom snare mic, cymbals. The gamut of different uses is quite vast with these microphones.

Let’s look at the specs of the two microphones:

Inside the Audio-Technica AT3031

Call me crazy, but I decided to open the microphones to find any differences inside. The Audio-Technica AT3031, had surface mount components and its main capacitors (47uF 50V, 1uF 50V) were surface mount as well. I was not able to find out the manufacture of the main capacitors. Here is the image of the board:

Peering inside of the microphone body the capsule is mounted with a small pin that protrudes inside the mic body to connect to the circuit board. When you look inside, the back of the capsule looks like this:

Inside the Audio-Technica AT4021

The Audio-Technica AT4021 also had surface mount components, however, the main capacitors (47uF 50V) were Nicihicon Fine Gold audio quality capacitors. These caps are through hole capacitors and are much better for audio circuits than normal capacitors. The circuits were different inside with a few things being the same. It looks like Audio-Technica redid the design using a better quality design. One thing that is noticeable is the change of the connection head on the circuit board. This clear plastic holds a connection point to the capsule. Audio-Technica did change the shape of this.

Looking at the back of the microphone capsule, it is hard to find any differences between this and the older Audio-Technica AT3031. Take a look:

Hearing that these microphones sounded so similar, I decided to do a simple RTA test. I set up a test rig in front of my Mackie near-field studio monitors. I made a mic calibration file off of my Behringer ECM8000 and did the tests in reference to that. By doing this, it made the near-field speaker have a near flat response. There is a WAY more scientific way of setting this up, but I wanted a quick test. 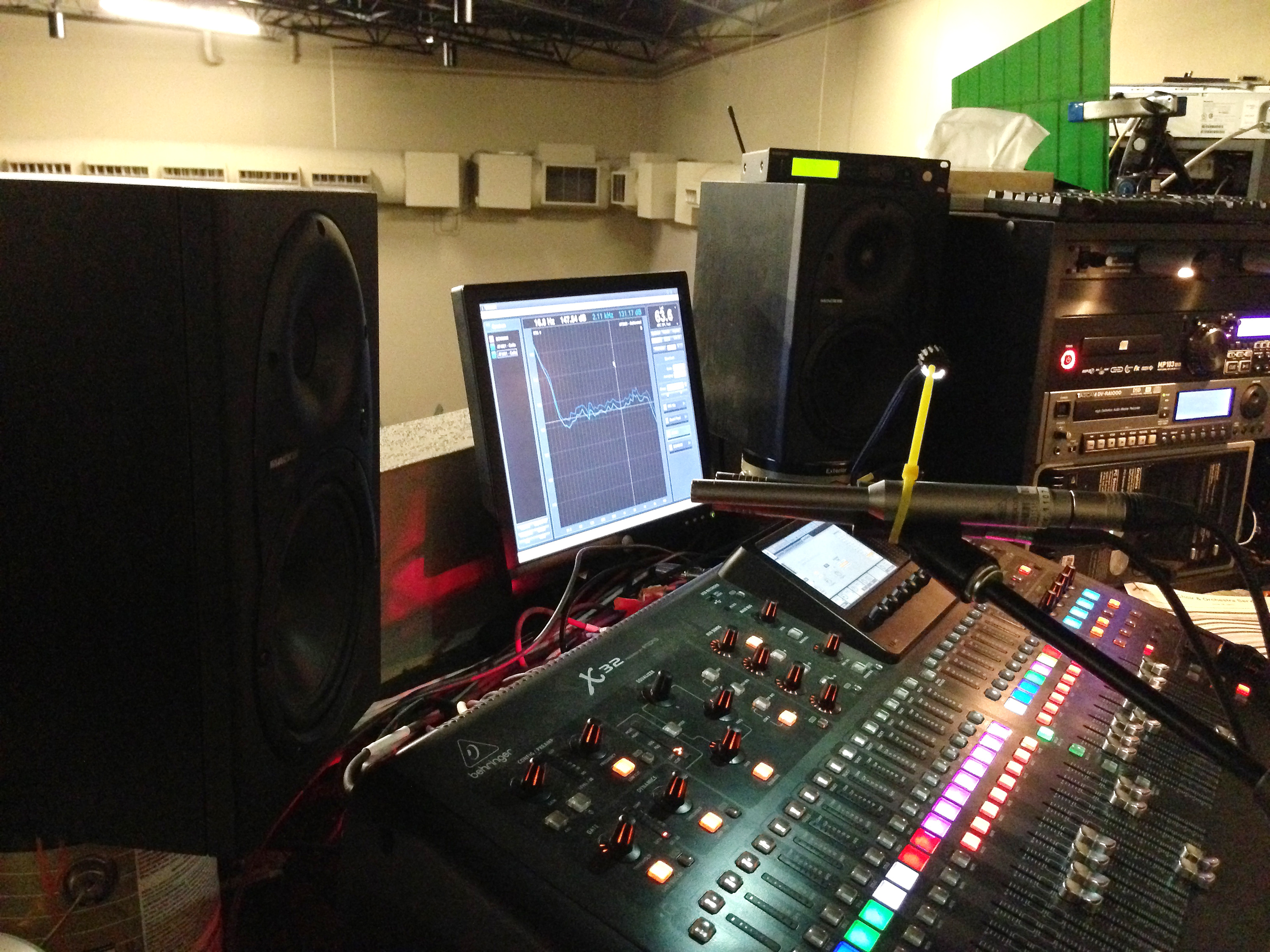 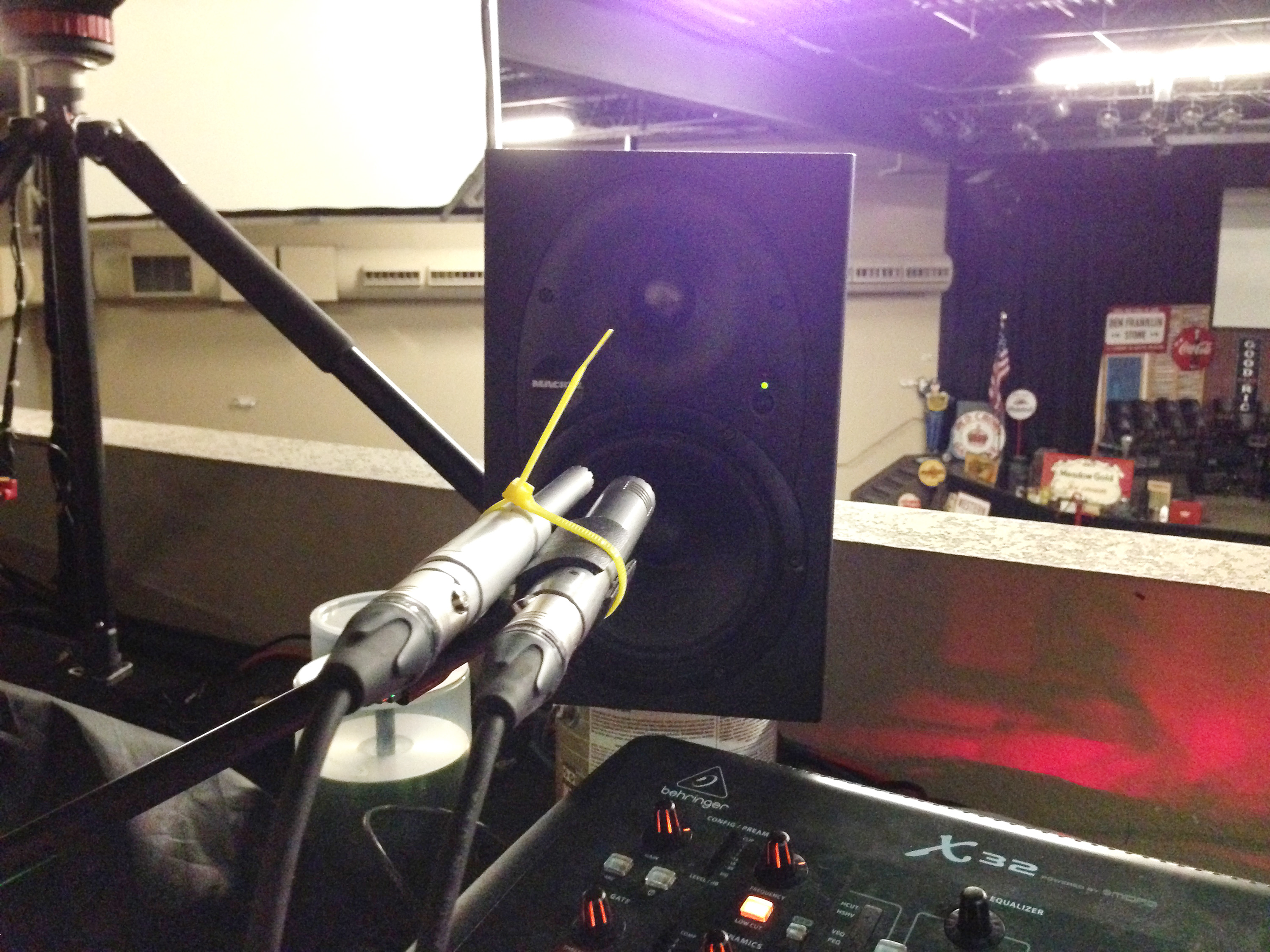 I ran pink noise through the monitors, generated from the Behringer X32. Microphones were routed through a small mixer and then into the line-in of a computer and then into Smaart by Rational Acoustics. Here are the tests, I separated the two microphone lines a bit so you could see. 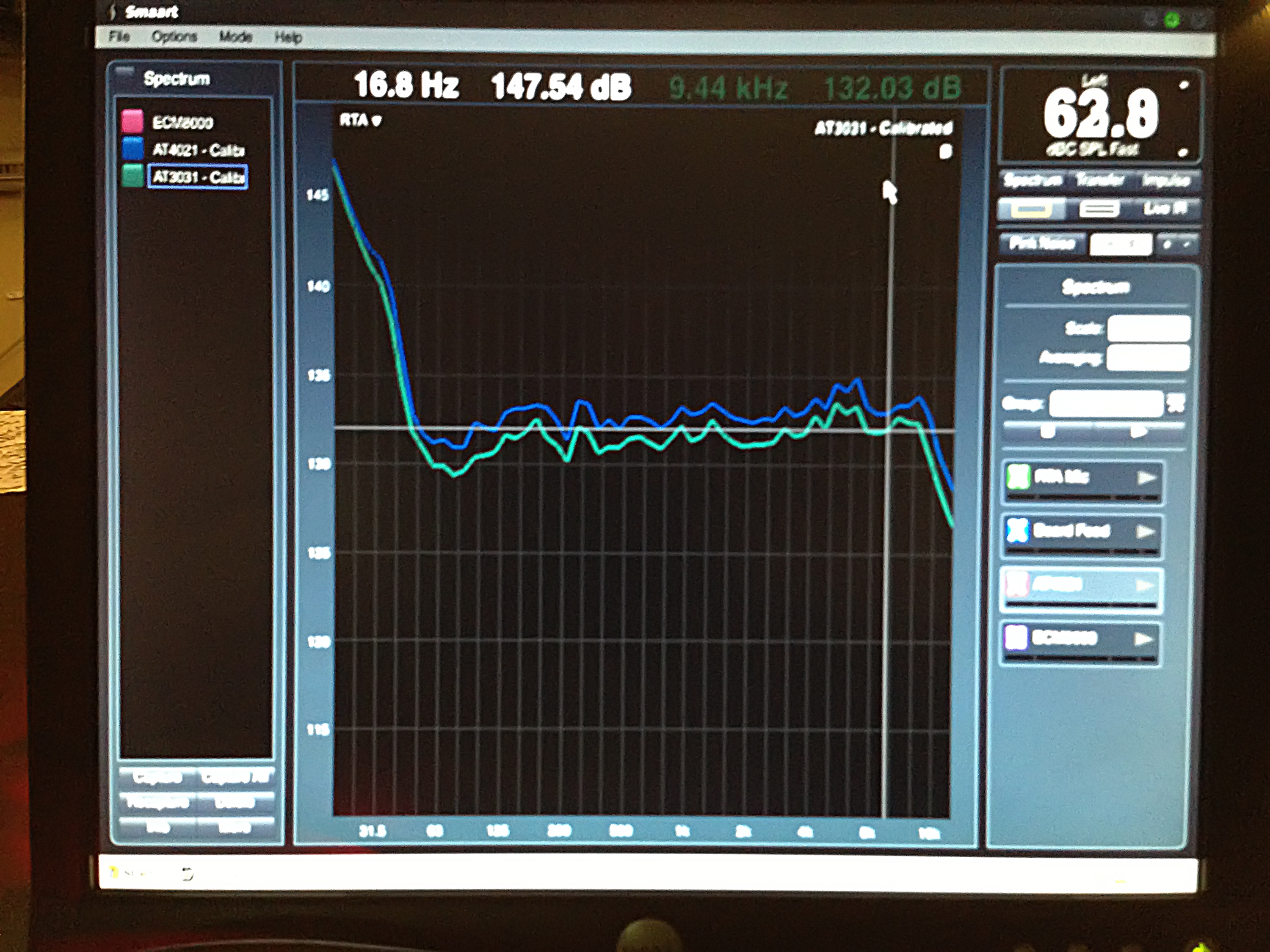 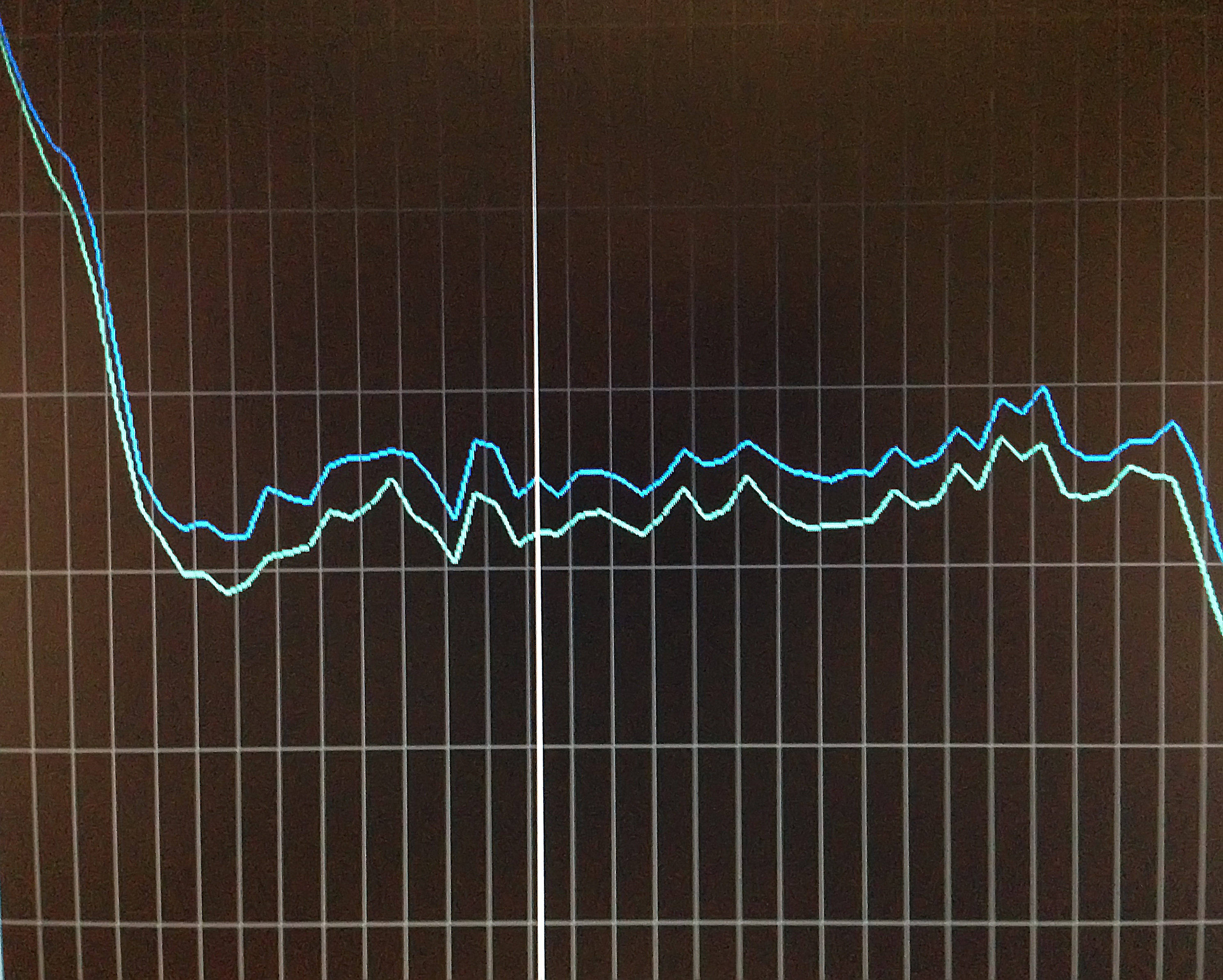 Now question is, which mic is which! Can you guess?